Studying at the University of Jena with the Deutschlandstipendium 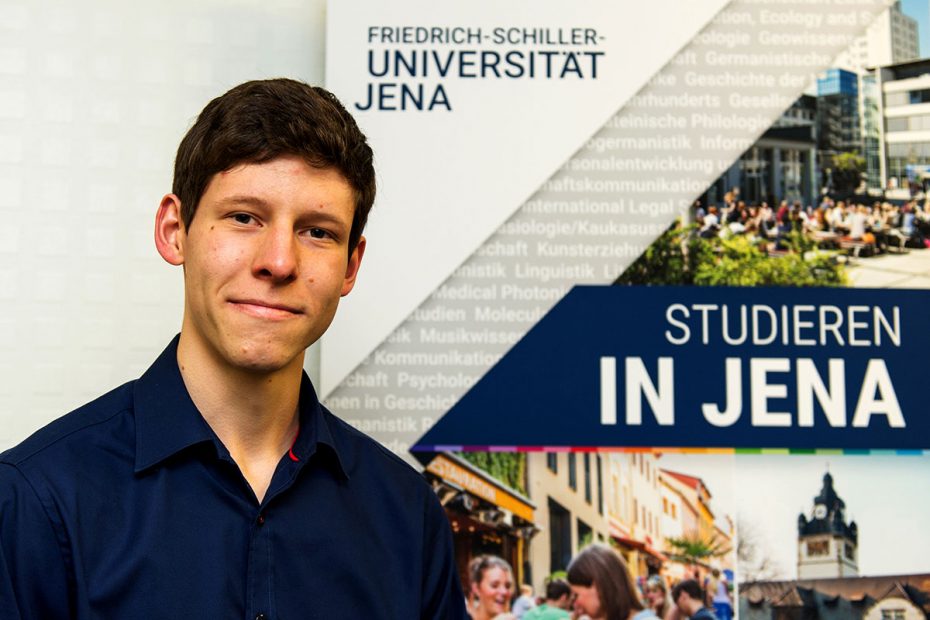 Oliver Dubnack is studying Materials Science in the Master's programme at the Friedrich Schiller University of Jena. An important financial support during his studies was the Deutschlandstipendium, which he received three times in total. The application period for 2021 runs until 30 April.

"If you get a Deutschlandstipendium, you receive 300 euros a month for a year," explains the 23-year-old student. "I was always working part-time, but the extra money allows more freedom in any case. It allowed me to do an internship abroad during my studies and also gave me more capacity for voluntary work in my association."

Dubnack felt that the application itself was quite straightforward. "Of course I had to outline my career, in which academic achievements, international experience, societal commitments or private circumstances also played a role," he summarises. "I wrote my first application while I was still at school. Unfortunately, that didn't work out, but I just kept at it."

Eventually, Oliver Dubnack was funded for a total of three years. "Anyone who receives a Deutschlandstipendium can apply for an extension. The effort is definitely worth it," Dubnack recalls. "Of course, I also improved my application each time and explained what I was able to achieve with the help of the previous funding.

In touch with the sponsors

Oliver Dubnack was sponsored by the Carl Zeiss Foundation, which covered half of the scholarship each time. The other half is funded by the university itself. "The Zeiss Foundation is a major donor that contributes to many Deutschlandstipendien at the University of Jena," adds Dubnack. "But there are also other companies that only support one or two scholarships. There, the bond with the supporter is doubtlessly different." The young man from Jena is well aware that the Deutschlandstipendium has opened several doors for him at Carl Zeiss. "In any case, there is good contact with the company and I know that I can approach them at any time if I have questions about internships or other things."

After completing his Master's degree this year, however, Oliver Dubnack is considering a doctorate. He will continue to stay true to the city of Jena. "There are simply fitting scientific structures here. And of course I am also very attached to my handball club." There, in HBV Jena 90, he is involved as a trainer in children's handball, as youth director on the club board and also as a referee.