"This virus will not go away and sooner or later I will suffer a natural infection if I am not vaccinated." 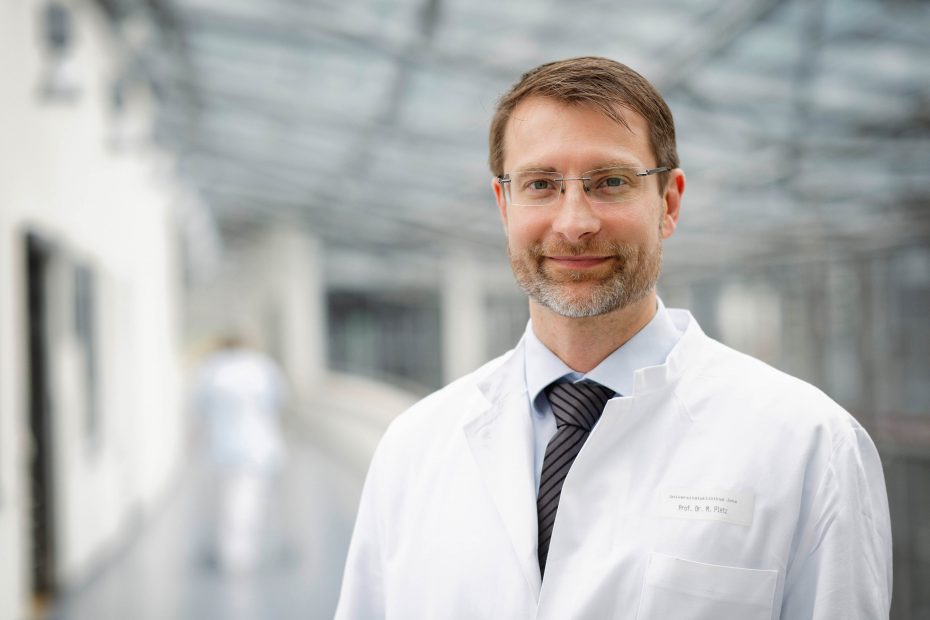 Prof. Dr. med. Mathias Pletz is Director of the Institute for Infectious Medicine and Hospital Hygiene at the University Hospital Jena.

Did you get vaccinated? And if yes: for what reason?

Yes, I got vaccinated to protect myself and others. I also had myself vaccinated at a very early stage because I wanted to show that I trust the vaccines.

With millions now vaccinated: What new evidence for corona vaccination could be derived from the data and current studies?

Many things were new, so there was a lot of scepticism at the beginning. Now we see that the vaccines are very safe. Vector vaccines have already been used in the past, for example in relation to the Ebola epidemic in West Africa, where they were used successfully. But the mRNA vaccines were really quite new. In general, it has to be said that vaccines are among the safest and best-studied medical products, because the safety requirements for a vaccine are higher than for a drug, for example. I give a medicine to sick persons in order to cure them - a vaccine, on the other hand, I give to healthy people and the risk-benefit ratio is different thats why the safety requirements are higher. That explains why, in relation to new antibiotics, for example, clinical trials usually only include 600 to 1,000 participants, whereas in vaccine trials the number of participants is higher. In relation to vaccine studies, the number of participants is at least 10,000 up to 80,000, because one also wants to recognise very rare side effects.

In general, it can be said that the COVID-19 vaccines are the best-studied vaccines in the history of medicine to date, because never before have so many people been vaccinated in such a short period of time and side effects been monitored so meticulously. The extremely rare side effects that have now been discovered, such as myocarditis, especially in young men, and sinus vein thrombosis in younger women, were so rare that they did not even occur in relation to the above-mentioned approval studies. In addition, the probability of suffering one of these complications from the natural infection is many times higher: five cases of sinus vein thrombosis per one million AstraZeneca vaccinations compared to 39 per one million COVID-19 infections.

The same applies to myocarditis. There are very good risk assessments that can also be found on the internet. The figure is an example. Even for the young people of 12 to 15 years who have a very low risk of severe COVID disease and in relation to whom the risk of myocarditis is highest, they still benefit from vaccination. Not only to protect others, but also individually. Because hospital admissions and severe courses are still 10-100 times more common even in this age group than, for example, myocarditis – which, by the way, is very mild in most cases.

Many people are sceptical and think that the vaccines were developed too quickly. However, no compromises were made when it comes to safety. Only processes were optimised and shortened; for example, the phase 3 studies were started before the phase 2 study had been completely evaluated. The regulatory authorities were also permanently involved in the ongoing process and the authorities' processing times were greatly shortened. Everything proceeded according to regulations, but in a time-optimised manner. Moreover, there are no known vaccine side effects from history that appeared a quarter to half a year later, so late-occurring side effects are not a real risk in my view.

What do you tell students who are still hesitant to get vaccinated?

I would advise vaccination for several reasons: Firstly, for self-protection. There are data showing that the delta variant can lead to more severe courses compared to other variants. Secondly, the vaccinations are very safe. The risk of complications is many times higher with a natural infection than with vaccination - even in young people.

Besides, there is no way to avoid infection in the next few months. This virus will not go away and sooner or later I will suffer a natural infection if I am not vaccinated.

Vaccination reduces the risk of infection, but we know that there is no 100 % protection against infection. However, vaccination is beneficial in any case, because in comparison to an infection the immune system starts faster and can eliminate the virus more quickly. Therefore, so-called "breakthrough infections" (infection despite vaccination) are usually asymptomatic or very mild. The risk of transmission from an infected vaccinated person is also many times lower than from a non-vaccinated person.

Are there really good reasons NOT to get vaccinated?

The only medical reason not to be vaccinated is if, for example, an allergic shock occurred after the first vaccination. In any case, one should not vaccinate with the same vaccine afterwards, but switch to another vaccine if necessary.

That is a question I can only answer speculatively. What we know so far is that the vaccinations protect against the delta variant. Not as well as they protected against the alpha variant, but they still provide protection against symptomatic and, above all, severe courses. And we know that people infected with delta transmit the virus much less frequently if they have been vaccinated, because the viral loads reached are not quite as high and because the duration of virus excretion is massively shortened.

With the other variants, we know that beta, for example, has a strong escape mechanism, i.e. it can escape the vaccines more strongly than delta. But even here, there was still a protective effect against severe courses in studies. The lambda variant can also escape the vaccines more strongly than the delta variant can, but here too we currently assume that the vaccinations protect against severe courses.

How dangerous will it be for non-vaccinated people?

That, too, can only be answered speculatively. We know that some of the variants can indeed cause more severe disease, and we see in various countries that younger unvaccinated people are also overrepresented in COVID-19-related hospital admissions.

Do you expect there to be more vaccines than there have been so far? If so, what additional effect should a new vaccine have?

There are already other vaccines that are likely to be available soon. For example, a protein-based vaccine, similar in mechanism of action to the hepatitis B vaccine, is expected to be approved in the last quarter of 2021. This could be an option for people who, despite all the data, do not trust the mRNA vaccines.

However, I personally think that mRNA vaccines already represent a medical revolution and a huge step forward, because we can adapt this vaccine very quickly to new variants. In addition, combination vaccinations, e.g. influenza and COVID-19, are conceivable.

What advice do you have for international students or guests in Germany who have been vaccinated with vaccines that are not usually used in our country?

This applies especially to the Chinese and Russian vaccines. The Chinese vaccine is considered less effective against delta infections – in one study 51 percent. However, current data also show a high level of protection against severe courses. For the Russian vaccine, a recent study shows 83 per cent protection against delta. We do not yet know whether an additional vaccination with an mRNA vaccine will be necessary. In any case, it is important that a double vaccination has taken place, because the protection of a single vaccination against Delta is significantly reduced.

And what do you think about a third or booster vaccination in the coming autumn/winter?

I believe that we definitely need this booster vaccination for certain people. Namely for the elderly and for people with immunosuppression. These groups need a third vaccination - maybe even this year. Whether we generally need a booster vaccination for everyone next year, I cannot say at the moment. A large study on this will also be difficult to do. Israel is already beginning to offer a third vaccination this year for everyone over 60, which I personally consider a pragmatic and appropriate approach.

What do you expect for autumn?

One can only speculate. The new virus variants have shattered many complex predictions. They are a classic example of evolution: erratic and not very predictable, and hardly anyone expected this speed of spread. It is fascinating to see - as an infectiologist you are also a bit of an evolutionary biologist - how quickly the new variants have displaced the old ones. A new variant can change everything, so to speak.

But if it continues to develop as we see it at the moment, I expect a significant increase in incidence, especially among the unvaccinated. And at the moment, the unvaccinated are mainly small children and younger people, who have a lower risk of a severe course. This means that with rising incidences, we will not see a burden on the health system to the extent that we saw in the third wave. Hospital admissions will follow the incidence, but not with the same factor as in the third wave, but at a lower level. Nevertheless, one has to follow the development here very closely in order to react early if necessary. Because if the incidence among unvaccinated teenagers and young adults becomes very high, the absolute number of severely ill people can become so high that the health system once again reaches its limits, despite the lower risk of severe courses.

When will Corona only be a topic for specialists?

I don't think within the next five years. I can't imagine that. This virus will not disappear. We will not succeed, as we did with smallpox, in completely eliminating this virus.

I think the virus will join the canon of winter cold viruses and we will continue to see severe courses, although less frequently, even after five or six years, especially among the unvaccinated.